At the foot of Hovfjället

What happened in the past few years?

We've collected the most interesting news of the years 2003 - 2013 in pdf documents to make them accessible for you.

View over the campsite in summer 2004


Camping-history and origin of the name "Camping 45" 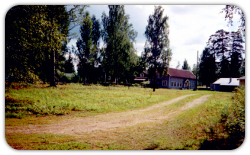 In 1970 / april 1971 opened "Molles Bilcamping" at the foot of Hovfjällmassivs in Nordvärmland, with several cabins and year-round camping.

The first guest of the former Camp-hosts Gustaf (called "Molle") and Elsie Sjöberg (called "Mojan") was Gustaf Svärt from Kristinehamn.

From 1984 until November 2003 the Camp was owned by Owe and Marianne Landegren who run the place under the name "Molle Camping" for 19 years before they retired. 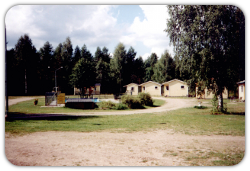 In December 2003 Frank Feuker bought the camp and is since then assisted by his girlfriend Doro Gebhardt.

Interesting is the fact that the "E45" (further south through Denmark and Germany as "A7") leads all the way down to Sicily.

We soon saw the good possibilities to make our place an environmentally friendly one.

In 2008 we received the environmental award "Green Key" as the first camp in Sweden and have been quality assured by "Tour Quality".

View over the campsite in winter 2004